for the Lesbian, Gay, Bisexual, Transgender and Queer

communities of Yorkshire and beyond.

A bit about our past

In the 1990s, ballroom dancing became increasingly fashionable in the lesbian and gay communities around the UK. As the trend hit the North, it was clear that an orchestra was needed to make dances come alive.

As the gay and lesbian people of the North learned to dance, challenging questions began to arise: could you sew sequins onto dungarees? Could you Cha Cha Cha in Doc's? Were 501's worthy of the ball-room?

YES to all three. Did it matter who you danced with? No, it didn't. Did it matter if you didn't know the steps? Of course it did, which is why there was - and is - always dance classes through each event so dancers can learn some MOVES!

Over the years, although the line-up of the Lavender Cafe was in continuous flux, the band's popularity increased and in alliance with the Victor Victoria dance troupe, began giving balls and tea-dances in Leeds City Hall and Saltaire. They became an institution.

The band started touring, taking on gigs further afield up until the turn of the new millennium, when many of its members decided to move on to new challenges.

The orchestra disbanded but after a 15 year break in the Spring of 2016, the band got back together with new momentum and more energy than ever before. Our original musicians were still with us with the addition of some new faces too. We had picked ourselves up, brushed ourselves down and started all over again.

The Lavender Cafe's Grand Reunion Tea-Dance was held at the Victoria Hall in Saltaire. In graceful surroundings and enjoying a fully sprung dance floor, the dancers moved elegantly round the room. Then as the Lavender Cafe Orchestra closed its final set, calls for more! rang through the building.

So we give you more, and our dances continue so the LGBTQ+ communities can thrill to the Charleston, flirt to the Gay Gordons and impress with sexy Rumbas. The Lavender Cafe Orchestra provides music and, may we say, glamour.

What will we do next? We're planning a Fabulous Spring Ball for Saturday evening, March 13th 2021. 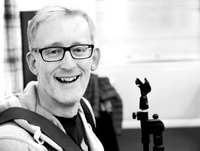 Our crooner, Steve, at his smoothest yet. 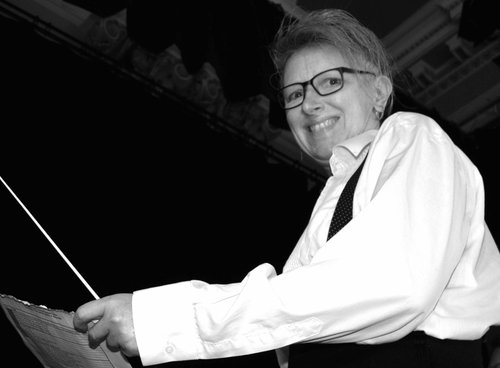